Conference Series Ltd invites all the participants across the globe to attend 5th World Congress on Smart and Emerging Materials Dubai, UAE.

Raafat El-Hacha is then Professor of Structural Engineering at the University of Calgary in the Department of Civil Engineering. He is the member of the International Institute for FRP in Construction (IIFC), American Concrete Institute (ACI), Canadian Society of Civil Engineers (CSCE) and Pre-stressed Concrete Institute (PCI). He is a Fellow member of the IIFC and the CSCE. He is the co-chair of Sub-Committee ACI 440-I “FRP Prestressed Concrete”, and chair of the CSCE Committee on “Advanced Composite Materials for Bridges and Structures”.

Dr. El-Hacha research interest focuses on using high performance advanced materials, such as FRPs, Shape Memory Alloy, Ultra-High Performance Concrete, for hybrid structural systems in bridge applications and other structures. He published over 220 journal and conference papers, co-authored 3 refereed design guidelines. Supervised and graduated 41 students. Served as guest editor for 3 journals, and edited/co-edited 8 conference proceedings. He is the recipient of several distinguished awards and fellowships including the IIFC President’s Award–2016, the CSCE Casimir Gzowski Gold Medal–2014, the Erasmus Mundus International Fellowship–2014 and 2013, the CSCE Excellence in Innovation in Civil Engineering Award–2011, and many others for his outstanding academic and professional experiences and achievements.

Shape memory alloy (SMA) has been attracting the researchers from different fields due to their superior properties. The SMA is a unique class of alloy with the ability to undergo large deformation as well as energy dissipation capacities while maintaining a super-elastic response and return to its original shape through stress removal (super elasticity) or heating (shape memory effect). SMA as internal reinforcement: The superior properties of SMA make it a good reinforcement candidate for the use in the seismic design of structures. The exceptional property of SMA in recovering substantial inelastic deformation upon unloading makes it very beneficial in seismic design. Thus, if SMA is used at the location of plastic hinges with proper design limitations, the structure will dissipate the demand energy and return to its original shape when unloaded. The design of self-centering concrete beam-column connections reinforced using SMA is an innovative proposal and can be optimized for the use in real-life construction. SMA in strengthening applications: Besides the material super-elasticity, corrosion and fatigue resistivity, SMA is mainly characterized by the shape memory effect that represents the ability of the SMA to recover its original shape after being deformed beyond the elastic limits through heating. The strain recovered in this transformation process can be utilized for pre-stressing applications by eliminating the use of hydraulic jacks. By having the pre-strained SMA reinforcement attached to the RC members and then applying heat above the activation temperature the SMA will recover the inelastic strain and thus a pre-stressing force will be developed in the RC member. The pre-strained SMA itself can be used as the pre-stressed reinforcement in flexural strengthening of RC beams as well as active confinement of RC columns.

NiTi/NiTiCu bi-layer composite as a bulk novel material, which shows pseudo-elastic and shape memory properties simultaneously, was made by diffusion bonding method. In addition similar bi-layer but thin film was prepared by deposition onto Si (111) substrates by RF magnetron sputter deposition from separate alloy targets. The interface of bonding of bulk material was investigated by SEM and chemical composition gradient in the interface zone analyzed using line scan analysis with energy dispersive X-ray spectroscopy. In the case of thin film, grazing incidence X-ray diffraction, transmission electron microscopy, electrical resistivity and nano-indentation were used for characterization. An analytical model and FEM study was employed in order to investigating the tensile behavior of composites during loading and subsequent unloading. The solutions of the analytical method are validated with the numerical simulations as well as the experimental results. The chemical and stress gradient in the bi-layers affects the structure, phase transformation and shape memory effect. The bi-layers exhibit multi step phase transformation and intrinsic two-way SME with a reduced hysteresis without complicated training. Considering the results of the analytical modeling, the numerical simulations and the experiments, it is evident that the bi-layer composites with different thickness ratios provide adjustable mechanical behavior that can be considered in different applications design, e.g., actuators, equipped with shape memory components. 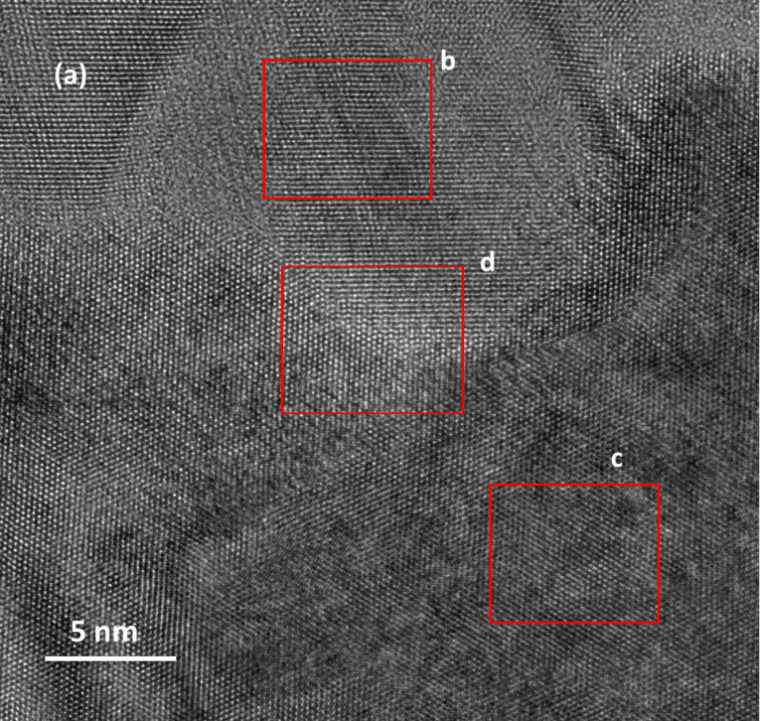 Figure-1: (a) HRTEM image and (e) corresponding inverse FFT image of the interface.

Xiaozhong Zhang completed his PhD in1989 from University of Oxford and postdoctoral studies at The Royal Institution of Greast Britain in 1992. Then he worked as a faculty at National University of Singapore for seven years. Since 1999 he has been working as a professor at School of Materails Science and Engineering of Tsinghua University. He is now the deputy director of the Key Laboratory of Advanced Materials, Education Ministry, and is serving as the deputy chief of Chinese national nano-technology standardization committee. He has published more than 190 papers in referred journals and  is a co-editor of IUCrJ.

Discovery of giant magnetoresistance (MR) won Nobel Prize in Physics in 2007 and it initiated spintronics. However, most MR devices are based magnetic materials which are not compatible with Si based devices. Coupling semiconductor nonlinear transport effect and Hall effect in semiconductor, we developed a Si-based geometrical enhanced MR device whose room-temperature MR ratio reaching 30% at 0.065 T. We also realized the geometrical enhanced MR in GaAs and Ge. We further coupled semiconductor nonlinear transport effect and anomalous Hall effect in a perpendicular magnetic anisotropic (PMA) material and realized a giant MR of 22000% at 1 mT in PMA material at room temperature. Based on our Si based MR device, we developed a current-controlled reconfigurable MR logic device, which could perform all four basic Boolean logic including AND, OR, NAND and NOR in one device. We proposed an alternative way to realize magnetoelectric logic by coupling spin-dependent transport effect in magnetic material and nonlinear transport effect in semiconductor material. All four basic Boolean logic operations could be performed with high output ratio. We further proposed a magnetic logic-memory device by coupling anomalous Hall Effect in magnetic material and negative differential resistance phenomena in semiconductor. All four basic Boolean logic operations could be programmed by magnetic bit at room temperature with high output ratio (>1000%) and low magnetic field (~5 mT). This device demonstrated that non-volatile information reading, processing and writing could be realized in one step and one device. Hence, logic and non-volatile memory could be closely integrated in one chip. The time and energy used in the processes of information transformation and transfer could be saved. This might break through the von Neumann performance bottleneck and make computer more energy efficiency and higher performance. 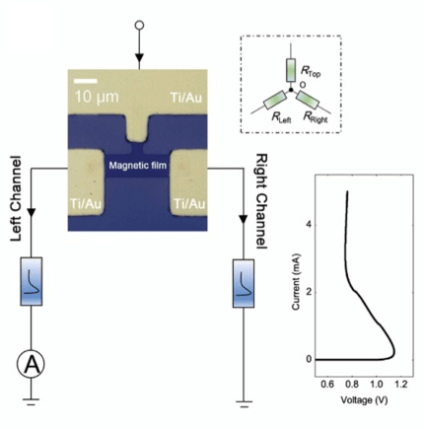